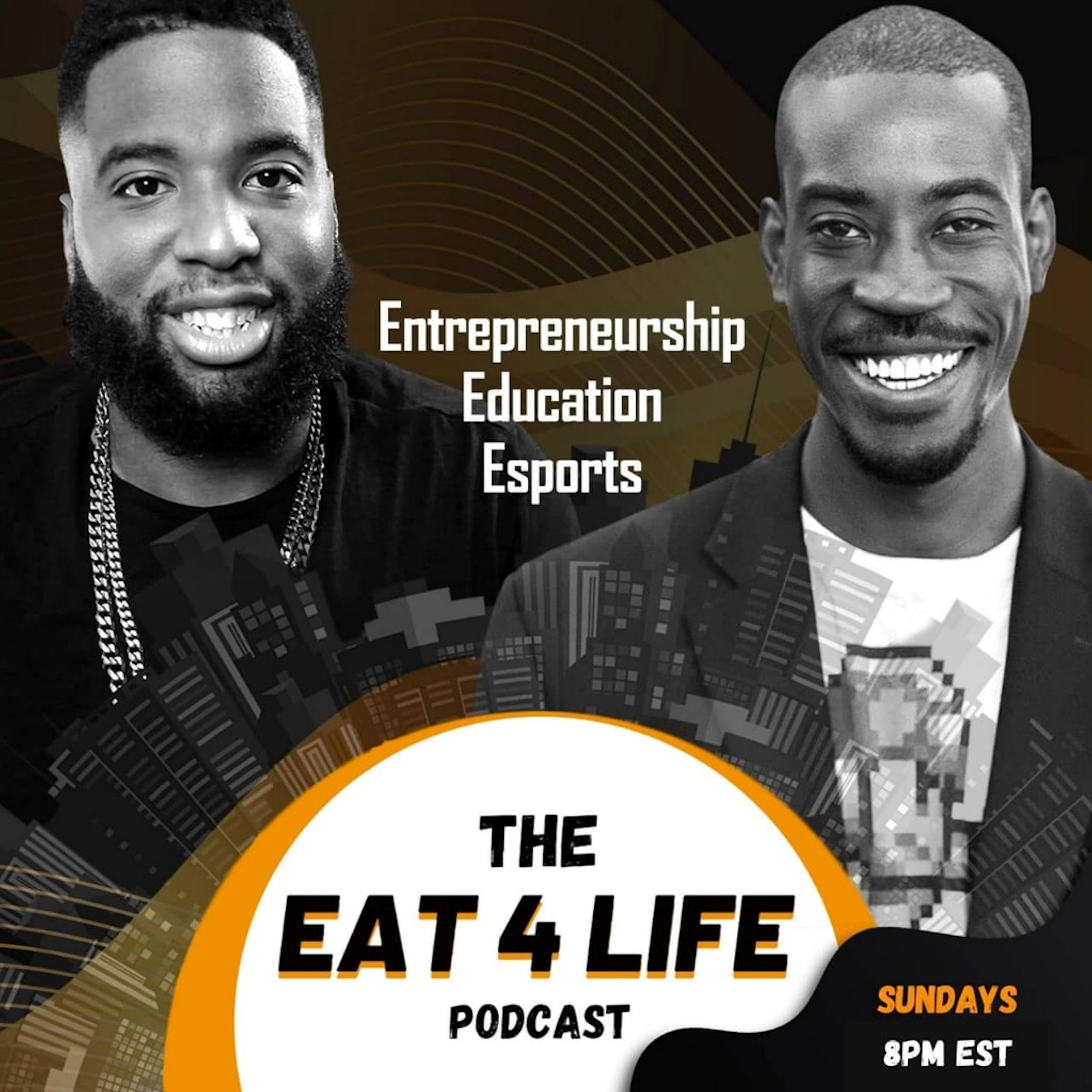 The Eat 4 Life podcast is the world's leading podcast for entrepreneurship in esports, VR, and various digital entertainment. Hosted by former professional gamer Sebastian "Chosen1" Burton, Blockchain and indie games expert Marcus "Esports" Howard, gaming journalist, and media personality Tamika "RedinFamy" Moultrie, and esports developer and branding strategist Derek Watford, this podcast is the world's number one resource for taking a look inside the gaming industry from a financial and cultural standpoint. So if you want to learn how to profit from your passion and see how the industry's brightest stars are capitalizing on the "4th industrial revolution," there is no podcast better than #Eat4Life.

In this episode, we will dive further into the host's knowledge of the esports industry and let some of their strengths shine.

We will also introduce our newest hostess Tamika “Redinfamy” Moultrie. We'll take a look at her journey in the gaming industry and let her explain her businesses and what she forecasts for the current state of esports, and its future

No Q&A for this episode either. However, we will be taking Q&A on our next episode, which will be our last episode where we are alone.

Gems for the week: Dan McHugh, esports product manager for Overwatch, announced via a post on Reddit that the Overwatch Contenders in South America will not be continued. The decision was made after Activision Blizzard that the competition was not performing at the expected level; to develop talent for the Overwatch League as part of the “Path to Pro” program.

With this, Activision Blizzard will rely on third-party tournaments in South America. It will also be done with the Pacific region to qualify teams once the international tournaments return. This is how player discovery should have been!

The U.S. Securities & Exchange Commission (SEC) issued a statement on Friday to inform the public that it is “closely monitoring” recent market volatility and the halting of trades of certain stocks by trading platforms. On Thursday, several trading platforms, including Robinhood, Webull, Public.com, and many others halted trades on individual stocks, including GameStop, Nokia, Blackberry, and others.

This is clearly a case of “CYA,” even if Robinhood won't admit it. Also- People should have known that the Gamestop thing was going to be short. Gamestop can't be saved in their current business model. They need the ultimate pivot

The views expressed on air during the Eat 4 Life Podcast do not represent the views of the RAGE Works staff, partners, or affiliates. Listener discretion advised.

Check Out Our Other Shows